Got hired by a leading music soft and hardware company and moved back to Germany as soon as my second daughter saw the light of day. This also means that I had to box the studio again. Will post pictures of the 5.3 setup as soon as I am done ;) in the meantime I am a happy dad again and look forward to my new job. Thanks to my fantastic family!
Posted by tekknovator at 23:42 No comments:

Second desk has been cleaned up, its main purpose is having a space for experimentation and plug other stuff in. 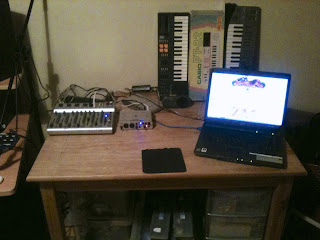 The Laptop, running windows and linux as dual boot is wired to a mixer through an old Edirol UA 25 ( I must have that thing for almost 10 years now... when where these interfaces released?). This is for monitoring purpose only and might be replaced later by some audio over ethernet since both computers are directly connected through an ethernet cable with 1gb network. This should be enough bandwith to do midi syncing and quickly transfer files. The cable network is also on a different broadcast domain then then the wireless. RTP midi is already up and running great.

Since the rack slot is on the right side of my main desk I can keep my headphones (ATH-M40/s) on wherever I move infront of these two desks :D

Under the desk are my material boxes with cables and some not so often used equipment. 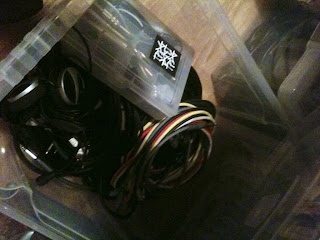 Stuff I might need more often has been moved into some drawers for quick access and connect to the mixer. 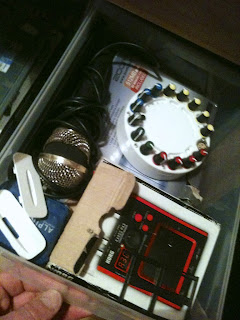 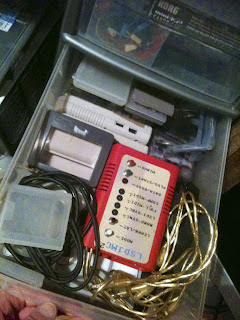 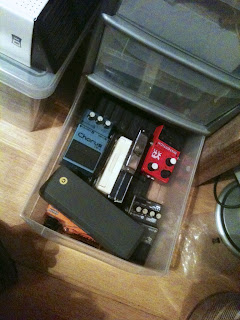 Oh, and before I forget: this has been rounding of the setup. I was looking everywhere to find it after moving house. Of course it has been in the least expexted box... no more unplugging the studio from the wall, just click :D 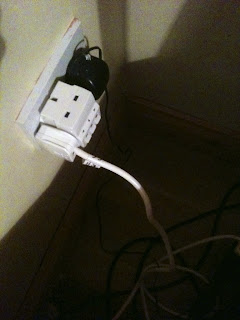 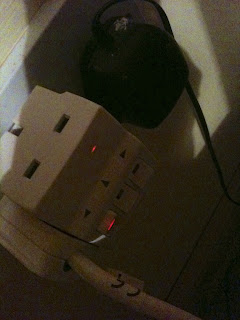 This means I gonna make some sound soon :D


Posted by tekknovator at 18:08 No comments:

Last night I finally got arround to start wiring th Studio. As I want to separate power, audio and data networks as much as possible I thought it might be a good Idea to start with the power cables since they are most unlikely to change once plugged in.

There is one thing european island folks have to deal with: different plug standards :/


I Always wonder weather this has an effect on audio at all. In any place I lived so far I never heard or measured anything in my audio signals, so I assume not. Gotta research that. Since I only have one Phase in this house there is little I can do about power and sound. If anyone has tips or advice please comment. 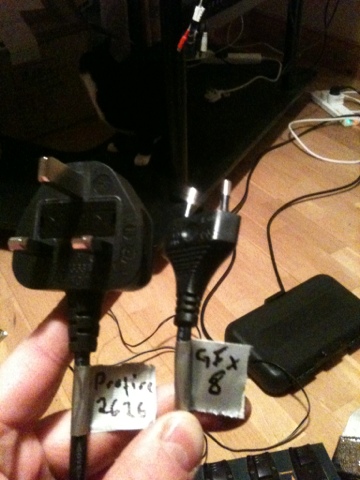 Posted by tekknovator at 23:55 No comments:

First of all sorry for hijacking this.

Just opened up the amazing Create Digital Music blog while sipping my morning coffee and was impressed by the Project of Alex Pleninger mentioned in this post:

Here are some of the videos presented in that article:

Find his youtube profile here, it is great for soundfreaks and hardware junkies:

A few years back I had a simpler idea than that, never got around to work on that though...
I thought that I might just post my old idea here, hoping someone will build something similar. 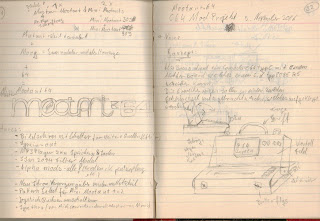 The idea is simple, just add a case on top of and existing c64 with a hinge to make it portable. That case  shall contain a screen (got an old playstation screen for that), paddle controllers, a mixer, some stomp box circuits and a patchbay. 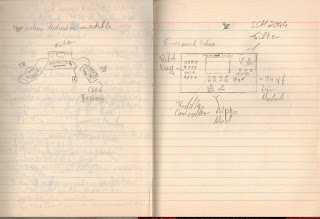 Two satelite c64 will be connected to the "master" machine with a multiline cable carrying audio, din sync and power. Software was supposed to be prophet 64. All c 64 shall be modified with sid2sid.

No time to write any more about this, gotta rush to work. Hope someone picks this up :)

Posted by tekknovator at 23:58 No comments:

Setting up the home Studio... again

Moved house with my family, closer to work now. Of course the whole home equipment has to be wired again.
I thought that it might be a good idea to create a plan this time, so I came up with the below.

The S5000 is probably not getting connected at all since it will drag down the overal sampling rate to 44.1k if I gonna stick to optical. Unfortunately this year I do not have a lot of studio budget, so no new converters for me to add AD.

Power is another headache, I only have limited Europe mainland socket extensions, the rest has to be UK connectors...

Anyway, here is the plan. Any feedback welcome ;) 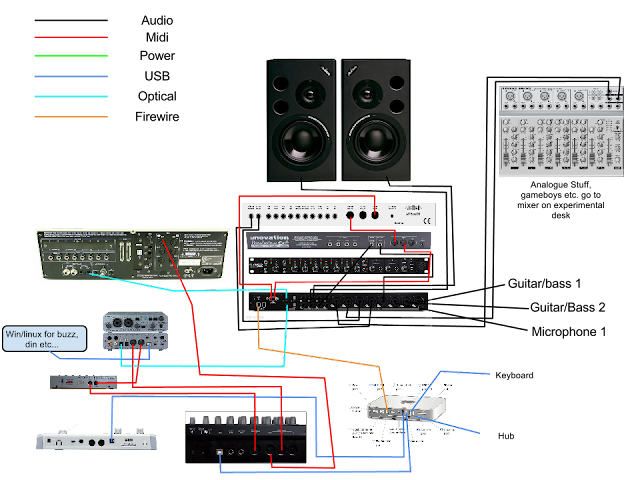 Posted by tekknovator at 23:28 No comments:

tekknovator
After beeing fed up working for fortune 500 companies I returned to the media industry, and boooooy! It feels good to be back. No more public traded american business craze. How can anyone think that is sustainable? Whatever, this is about what I really love: Music, Philosophy, Technology and combining this with family live ;) Feel invited to join the ride.